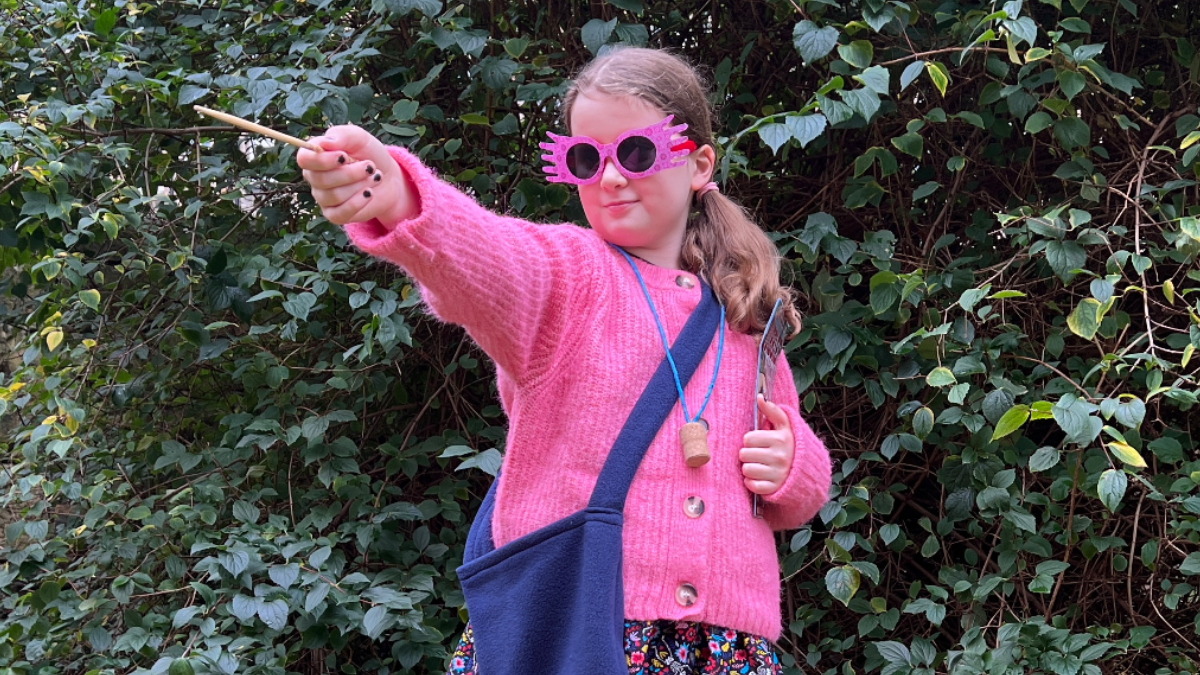 Happy Hallowe’en! After mulling over various costume options in the past few weeks, my eldest boy decided to be Luna Lovegood this year, and we spent the October half term break putting together his costume.

Luna Lovegood is a character from the Harry Potter books, who becomes good friends with Harry and his gang. She is first introduced in Harry Potter and the order of the Phoenix:

When people think of Luna Lovegood, they think dotty, quirky, eccentric. She is often described as distant and dreamy. During her years at the Hogwarts school, she was teased and ridiculed by other students, who called her “Loony Lovegood” due to her strange behaviour and odd beliefs, or who stole and hid her things.

But there is so much more to Luna Lovegood than that. She may be a bit eccentric, but she is also intelligent and very perceptive. She is fiercely loyal to her father and the few good friends she has. She is very good at comforting others. And during the last books in the series, she shows immense courage and bravery, and rarely seems stressed or anxious, even in difficult circumstances.

But the reason why I love Luna, and why I think she is a great role model, is that Luna was never afraid to show who she truly was. She was a complete nonconformist, who lacked self-consciousness and didn’t care what others thought. She seemed unfazed by how the other students treated her, instead she stuck to her likes and her beliefs, and never tried to change herself to fit in more. Furthermore,  she was also non judgmental and accepting of those around her.

I think Luna is a perfect choice for my son’s Hallowe’en costume. Not only is he choosing to be himself and not care what others think (not gonna lie, I was a wee bit worried other kids at his high school disco  would be mean to him for dressing up as a girl character), he’s also picked someone who is just as much of a self-confident nonconformist as he is. I think they’re a perfect match! We should all be more like Luna.

Incidentally, no one at school even batted an eyelid at his costume, he even won a prize for best dancer. And the prize for best costume went to a boy dressed as Mary Poppins!

This site uses Akismet to reduce spam. Learn how your comment data is processed.